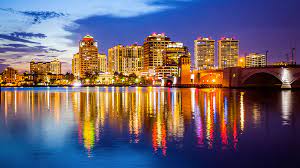 Get a QuoteTint my windows
Important Note:
When it comes to window tinting in West Palm Beach, not utilizing the most up to date films can cause major damage to your vehicle, home or business - and all without you knowing about it until it's too late.

At DEALER Tinting in West Palm Beach, meeting or exceeding our customers' expectations is the foundation of what our company was built on. We are extremely proud and enjoy the long-lasting relationships that we have built with thousands of West Palm Beach residents and business owners all over the beautiful state of Florida.

•In 1879, early pioneers planted about 15,000 pineapple slips to establish a pineapple farm on the island.

•The first school (Little Red Schoolhouse) was built in 1886 and is preserved today at Phipps Ocean Park.

•Millie and Jacob Gildersleeve, two of the earliest African American pioneers on the island, purchased property from Elisha Dimick in 1890, which later became Riviera Beach.

•The Town of Palm Beach, Palm Beach County’s second municipality, was incorporated on April 17, 1911, after it was discovered in January that West Palm Beach was going to attempt an annexation of the island resort during that year’s legislative session

Whether you care about UV and heat rejections, making your car look good, or both, West Palm Beach auto window tint is an art and the latest technology and film needs to be used by experienced technicians in West Palm Beach to get the results you want. Our industry leading film not only enhances your vehicle's looks, but most importantly, provides exceptional protection for the people in the vehicle and the vehicles interior- and all at industry low prices!

The Story Behind Our West Palm Beach Shop

Our passion for, along with our exceptional approach to window tinting has been the heart of our strategy for building the #1 window tinting West Palm Beach company in Florida. Should you not be a repeat customer, soon you will see our reputation out in full force!