Building the #1 window tinting company Jacksonville, Florida has been a result of our passion for and exceptional approach to Jacksonville window tinting. Serving Jacksonville and surrounding areas, you will soon see our impeccable reputation out in full force! If you are not a repeat customer, we look forward to meeting you! 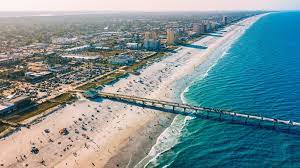 Get a QuoteTint my windows
Important Note:
When it comes to window tinting in Jacksonville, not utilizing the most up to date films can cause major damage to your vehicle, home or business - and all without you knowing about it until it's too late.

Why Dealer Tinting in Jacksonville

At DEALER Tinting in Jacksonville, meeting or exceeding our customers' expectations is the foundation of what our company was built on. We are extremely proud and enjoy the long-lasting relationships that we have built with thousands of Jacksonville residents and business owners all over the beautiful state of Florida.

•If no other fun facts about Jacksonville stick out to you, maybe this one will. To many people’s surprise, Jacksonville is the most populous city in all of Florida! Having consolidated its entire county in 1968, Jax is of considerable size. Because of all the extra territory, it’s the most populous city in Florida as well as the biggest city by area in the continental U.S.!

•Jacksonville is known by many names, from Jax, Bold City and the distant yell of DUVAAAL. But did you know our city was initially named Cowford? Thankfully, it was renamed after President Andrew Jackson in 1822. Do you think if we were still known as Cowford, we would be the Cowford Cows instead of the Jacksonville Jaguars? Who’s to say.

•Perhaps one of the most interesting and fun facts about Jacksonville is this. Although the Jacksonville Jaguars have yet to make a Super Bowl appearance, the city hosted the event in 2005 for the New England Patriots and Philadelphia Eagles in Super Bowl XXXIX. Here’s hoping we host again one day, but this time for the Jags.

•If there’s one thing this city is good at, it’s putting on a great performance. So, it should come as no surprise that one of the best fun facts about Jacksonville is that many famous artists call Jacksonville home. Some of the most popular include, Lynyrd Skynyrd, The Allman Brothers Band, Yellowcard, Shinedown, Limp Bizkit, Red Jumpsuit Apparatus, and more!

Whether you care about UV and heat rejections, making your car look good, or both, Jacksonville auto window tint is an art and the latest technology and film needs to be used by experienced technicians in Jacksonville to get the results you want. Our industry leading film not only enhances your vehicle's looks, but most importantly, provides exceptional protection for the people in the vehicle and the vehicles interior- and all at industry low prices!

About Dealer Tinting in Jacksonville

The Story Behind Our Jacksonville Shop

Our passion for, along with our exceptional approach to window tinting has been the heart of our strategy for building the #1 window tinting Jacksonville company in Florida. Should you not be a repeat customer, soon you will see our reputation out in full force!