Building the #1 window tinting company Denver, Colorado has been a result of our passion for and exceptional approach to Denver window tinting. Serving Denver and surrounding areas, you will soon see our impeccable reputation out in full force! If you are not a repeat customer, we look forward to meeting you! 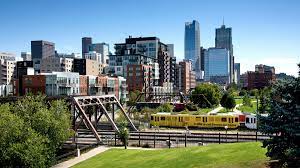 Get a QuoteTint my windows
Important Note:
When it comes to window tinting in Denver, not utilizing the most up to date films can cause major damage to your vehicle, home or business - and all without you knowing about it until it's too late.

Why Dealer Tinting in Denver

At DEALER Tinting in Denver, meeting or exceeding our customers' expectations is the foundation of what our company was built on. We are extremely proud and enjoy the long-lasting relationships that we have built with thousands of Denver residents and business owners all over the beautiful state of Colorado.

•Henderson also There are 200 named peaks visible from Denver, including 32 that soar to 13,000 feet (4,000 meters) and above. The mountain panorama visible from Denver is 140 miles (225 km) long.was selected as one of the 50 Best Places to Live in America by Money Magazine, and these are just two of its major awards.

•Denver boasts the 10th largest downtown in America and one of the most exciting and walkable. Within a mile radius, downtown Denver has three major sports stadiums, the nation's second-largest performing arts center, three colleges, an assortment of art and history museums, a mint that produces 10 billion coins a year, a river offering whitewater rafting, more than 11,000 hotel rooms within a short walking distance of the Colorado Convention Center (more than 50,000 first-class hotel rooms in the greater metro area), a downtown theme and water park, downtown aquarium and hundreds of chef-driven restaurants.

•There is a step on the State Capitol Building that is exactly 5,280 feet (1,609 meters) above sea level. In Denver's rarified air, golf balls go 10 percent farther. So do cocktails. Alcoholic drinks pack more of a wallop than at sea level. The sun feels warmer in the thinner atmosphere, but your coffee is cooler because water boils at 202 degrees (94 degrees Celsius).

•Located east of a major mountain range, Denver has a mild, dry and sunny climate with more annual hours of sun than San Diego or Miami Beach. In winter, Denver is dryer than Phoenix with an average daily high of 45 degrees (7 degrees Celsius) in February. Golf courses remain open all year and have been played every day in January.

Whether you care about UV and heat rejections, making your car look good, or both, Denver auto window tint is an art and the latest technology and film needs to be used by experienced technicians in Denver to get the results you want. Our industry leading film not only enhances your vehicle's looks, but most importantly, provides exceptional protection for the people in the vehicle and the vehicles interior- and all at industry low prices!

About Dealer Tinting in Denver

The Story Behind Our Denver Shop

Our passion for, along with our exceptional approach to window tinting has been the heart of our strategy for building the #1 window tinting Denver company in Colorado. Should you not be a repeat customer, soon you will see our reputation out in full force!