Building the #1 window tinting company Sarasota, Florida has been a result of our passion for and exceptional approach to Sarasota window tinting. Serving Sarasota and surrounding areas, you will soon see our impeccable reputation out in full force! If you are not a repeat customer, we look forward to meeting you! 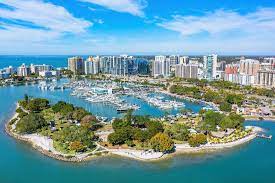 Get a QuoteTint my windows
Important Note:
When it comes to window tinting in Sarasota, not utilizing the most up to date films can cause major damage to your vehicle, home or business - and all without you knowing about it until it's too late.

Why Dealer Tinting in Sarasota

At DEALER Tinting in Sarasota, meeting or exceeding our customers' expectations is the foundation of what our company was built on. We are extremely proud and enjoy the long-lasting relationships that we have built with thousands of Sarasota residents and business owners all over the beautiful state of Florida.

•One of the First Golf Courses was in Sarasota!

•If you’ve experienced some of Sarasota’s cuisine, you know that there’s incredible choices and dishes from local restaurants. Sarasota Local Blogger recommends trying out Selva in downtown Sarasota for incredible tapas, ceviche, and inventive desserts or Michael’s on East on Thursday’s for their 50% wine special! Others that are on the “zagat rated” list include Owen’s Fish Camp, Bijou Cafe, Indigenous, & Jack Dusty’s.

•In 1927, the Ringling brother decided that Sarasota, Florida would be the winter home of the circus. Many people say that this simple choice ended up putting Sarasota on the map! In addition, the circus folk brought a culture involving the arts, entertainment, and a unique way of life.

•In 1940, a casino was built on Lido Key by Ralph Twitchell under the financing of John Ringling. The casino was on two acres of land with beach access, shops, restaurants, a ballroom, and pool. However, no one is quite sure why the demise of the casino ensued but the city decided to demolish it without warning. Now where Lido Key casino once stood is a public beach.

Whether you care about UV and heat rejections, making your car look good, or both, Sarasota auto window tint is an art and the latest technology and film needs to be used by experienced technicians in Sarasota to get the results you want. Our industry leading film not only enhances your vehicle's looks, but most importantly, provides exceptional protection for the people in the vehicle and the vehicles interior- and all at industry low prices!

About Dealer Tinting in Sarasota

The Story Behind Our Sarasota Shop

Our passion for, along with our exceptional approach to window tinting has been the heart of our strategy for building the #1 window tinting Sarasota company in Florida. Should you not be a repeat customer, soon you will see our reputation out in full force!