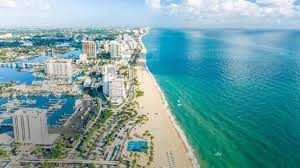 Get a QuoteTint my windows
Important Note:
When it comes to window tinting in Fort Lauderdale, not utilizing the most up to date films can cause major damage to your vehicle, home or business - and all without you knowing about it until it's too late.

Why Dealer Tinting in Fort Lauderdale

At DEALER Tinting in Fort Lauderdale, meeting or exceeding our customers' expectations is the foundation of what our company was built on. We are extremely proud and enjoy the long-lasting relationships that we have built with thousands of Fort Lauderdale residents and business owners all over the beautiful state of Florida.

•Before we were known as “Fort Lauderdale”, we were first called “Little River Settlement.” Hmm, it doesn’t have quite the same ring, does it?

•We’re home to many famous people, including musician Marilyn Manson, actor Lee Majors, and supermodel Niki Taylor. You may be able to spot some celebs hanging around at random times, too, as we’re a popular spot for filming movies. (Happy Gilmore, True Lies, and Caddyshack were all filmed in our neighborhood!)

•We once had snow. Yep, January 19, 1977 is the day that went down in history as the one time we witnessed snow. Sure, it quickly melted off, but guys: we had snow!

Whether you care about UV and heat rejections, making your car look good, or both, Fort Lauderdale auto window tint is an art and the latest technology and film needs to be used by experienced technicians in Fort Lauderdale to get the results you want. Our industry leading film not only enhances your vehicle's looks, but most importantly, provides exceptional protection for the people in the vehicle and the vehicles interior- and all at industry low prices!

About Dealer Tinting in Fort Lauderdale

The Story Behind Our Fort Lauderdale Shop

Our passion for, along with our exceptional approach to window tinting has been the heart of our strategy for building the #1 window tinting Fort Lauderdale company in Florida. Should you not be a repeat customer, soon you will see our reputation out in full force!